During the months of June, July & August the TRG Screen team have been competing against each other in groups in our TRG RISE Summer Steps Challenge to get the most steps. The teams received some new branded TRG Screen sports t-shirt to wear during the challenge.

The 5 teams had to nominate a team captain, pick their ‘team name’ and create a team slack channel to motivate and encourage each other to get their daily steps in throughout the three months.

Who took home the gold? 🏆

It was a tight race for the top spot, with around 1,000 steps between 1st & 2nd place during the last week. However, Team 3 named 'Running Up That Hill' were able to secure the win with a total of 8.27M steps.

What will our next TRG RISE challenge be?👀

The TRG RISE together program promotes fitness and wellbeing across TRG Screen through different challenges and initiatives throughout the year. 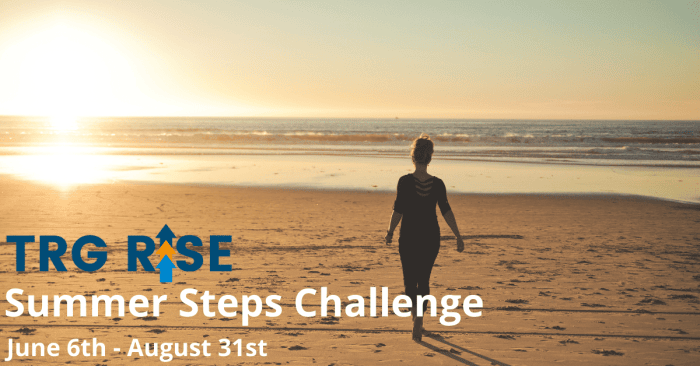 Get notified when we release a new blog article

Discover how we can help you to optimize your enterprise subscription spend & usage.

Yes, I want this!